A partner in Faydherbe/De Vringer Graphic Design, Wout de Vringer is one of the foremost designers in the Netherlands. Drawing on vernacular materials from design history and contemporary mass media, his work is recognised for its distinctive imagery and typography.

Established in 1986 in The Hague, the consultancy gained acclaim for its work for cultural institutions such as the Nederlands Dans Theater, The Hague Summerfestival and The Hague Movie House. Projects for government and the business community followed, and assignments have since ranged from identities, house styles, reports, brochures, catalogues, posters and websites to the total graphic design of events.

Faydherbe/De Vringer have held several solo exhibitions and participated in group exhibitions in Europe and the USA. Their work is in the collections of MoMA and Cooper Union in New York, USA, and the Museum of Art and Design in Hamburg, Germany, and has been published in more than fifty design books and magazines in the Netherlands, UK, France, Germany, Italy, USA, Russia, Korea, China and Japan. A member of Alliance Graphique Internationale since 2002, Wout has taught graphics at the Willem De Kooning Academy in Rotterdam and given guest lectures and workshops at universities and art schools in Denmark, the UK and the USA. 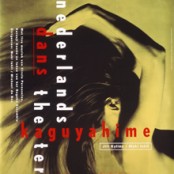 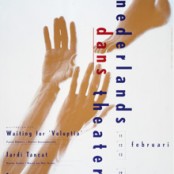 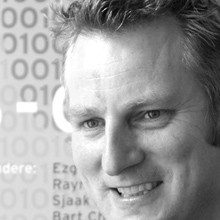