Wesley Burt is an outrageously talented concept artist with Massive Black in San Francisco, one of the world’s biggest and most successful design studios for video games and film.

He’s worked on numerous high-profile projects including the ‘Fallout’ franchise, all four ‘Transformer’ films, the ‘GI Joe’ movies and toys, ‘inFamous 1 & 2’, various ‘Lord of the Rings’ properties, ‘League of Legends’ and other projects with Microsoft, Sony, Marvel,
EA, Hasbro, Warner Brothers, Capcom, Sega, Nike and Wizards of The Coast.

It all began when Wesley attended The Cleveland Institute of Art, Ohio, studying for his fine arts degree.

He began exploring his interest in concept art and entertainment design, building a portfolio, participating in online communities and eventually supporting himself with freelance work.After graduating, Wesley moved to San Francisco to join up with some friends who were creating an art out-sourcing studio for the video game industry, the first of its kind.

That studio became Massive Black, where Wesley has worked for ten years now, focusing primarily on character design and illustration. 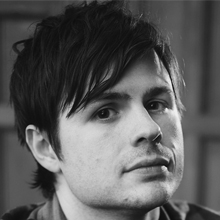