Stormie Mills started painting in 1984, when on a dark, wet night he ventured out to make his first mark on the world. More than twenty-five years later, Stormie has carved a distinctive niche that sees him sited in a global context as a highly collectable contemporary artist.

In 2002, Stormie was invited to create murals across Greece in preparation for the Athens Olympics and was a guest speaker at the Museum of Contemporary Art, London. In 2009, he travelled to Scotland to transform an abandoned village. A short film documenting the project was screened to critical acclaim at the London Film Festival.

He also produced a limited edition toy, which was retailed in Tokyo and New York and has since become a popular collectible piece. Stormie has established a strong following for his work across a broad sector of the market and continues to attract collectors for his unique statements on life. 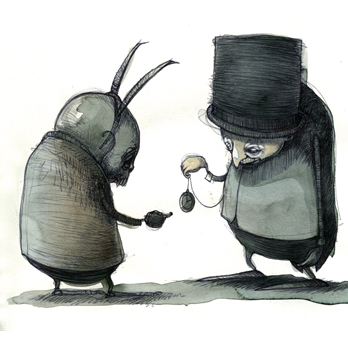 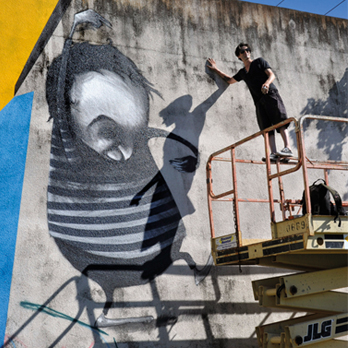 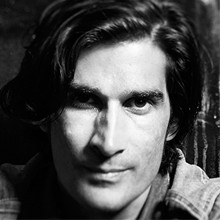