Having met at university, four years ago James and Jonathon started their design studio in a parent’s spare room. Despite the hard work and pressure of building a business, they remain friends to this day. Their success surely proves that enthusiasm can be an excellent substitute for experience. With a name that declares their aspirations, the lads begin every project with overly ambitious ideas and bust their humps to deliver on them.

Notable examples of such behaviour include a typeface constructed from drinking straws, a mammoth computer cursor made from cardboard, and a scale model of the Melbourne CBD built with blocks of wood. Their clients include the Melbourne Fringe Festival, Next Wave, Rooftop Cinema, and Crimestoppers Victoria, for which they quite literally put the finger on crime. Something Splendid has recently joined forces with Liquorice Studio. 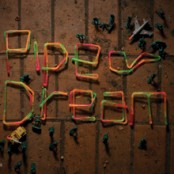 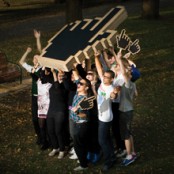 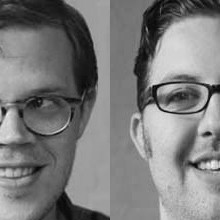