Hailed as an outstanding and original creative talent, Shaun Tan received the prestigious Astrid Lindgren Memorial Award in 2011 in recognition of his work as a writer, artist and promoter of reading. He also won an Academy Award for his short animated film ‘The Lost Thing’, an adaptation of his book of the same title. He currently works as a freelance artist and writer in Melbourne. As a teenager, Shaun illustrated images for science fiction and horror stories in small-press magazines.

After graduating with honours in fine arts and English literature from the University of Western Australia, he began creating his own stories, considering social, political and historical subjects through surreal, dream-like imagery. His books such as ‘The Rabbits’, ‘The Red Tree’, ‘The Lost Thing’ and the acclaimed wordless novel ‘The Arrival’ have been widely distributed throughout the world. An anthology of short illustrated stories, ‘Tales from Outer Suburbia’, became a New York Times bestseller. His recent publications, ‘Sketches from a Nameless Land’ and ‘The Bird King’, are further expressions of his life-long fascination with narrative drawing. Shaun has also worked as a concept artist for other animated films and as an art director and theatre designer. 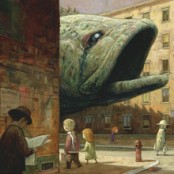 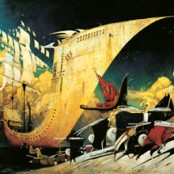 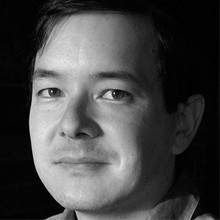