Working in many fields from painting and architecture to type, furniture and stage design, UK artist Roger Dean is perhaps best known for his album covers for groups such as Yes, Asia and Pink Floyd. The originals of both his Yes logos, eleven of his album covers and record labels, plus the prototype of his ‘Sea Urchin’ chair are in the permanent collection of London’s Victoria and Albert Museum (V&A). More than one hundred million copies of Roger’s images have been sold around the world, as album covers, posters, cards, calendars and books.

His work has been exhibited in many galleries and museums, including the V&A, The Royal Academy and The Royal College of Art. In 2010, the Daelim Contemporary Art Museum in Seoul, Korea, held a major retrospective of his work. Roger studied at Canterbury College of Art then at The Royal College of Art, where he completed his Master’s Degree in 1968. He has since been awarded an Honorary Doctorate by the San Francisco Academy of Art University and an Honorary Fellowship by the Arts Institute of Bournemouth.

With his brother Martyn, Roger has formed two publishing companies and also developed architectural prototypes, which have been exhibited at the National Exhibition Centre, Birmingham.Since 2007, he has worked with his daughter Freyja on projects such as the sets, costumes and online world for the 150th anniversary of the Puccini Festival. Roger’s work is chronicled in three volumes: ‘Views’ (1975), ‘Magnetic Storm’ (1984) and ‘Dragons Dream’ (2008). 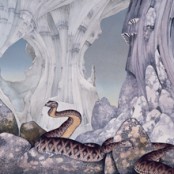 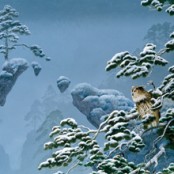 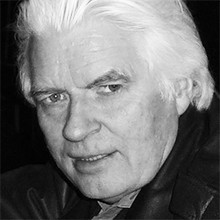