Silversmith Robert Foster enjoys an international reputation as a skilled maker of hollow ware. Initially trained at the Australian National University School of Art, Robert established F!NK & Co in 1993 after the success of his now iconic F!NK water jug. Colourful anodised aluminium is a feature material in his high-end homewares, lighting, jewellery and accessories. Robert places great emphasis on research and development, pushes bench technique and manufacturing technology, and works with a freedom that comes from a mastery of his medium.

His designs are characterised by an engaging reference to the way the objects have been made and how they will be used. F!NK & Co, as the name suggests, showcases the work of other Australian designers, and each year new designs are introduced. The company now offers more than thirty distinctive products, proudly designed and made in Australia, that are stocked in prestigious design stores, notably the MoMA Store (US) and the V&A Shop (UK). In 2009, a retrospective of F!NK products was shown in several Australian galleries, the Australian Embassy in Washington DC and Dodeka Gallery in Seoul, South Korea, and F!NK was featured in Australian Design magazine as part of the London Design Festival in 2010. Robert has been represented in COLLECT (London) since 2004. His lighting installation ‘The Journey’ received the 2011 ACT Architecture Award for Lighting and the IES Award of Excellence. Robert’s works are held in major collections including the National Gallery of Australia, Canberra, the Powerhouse Museum, Sydney, and the V&A Museum, London. 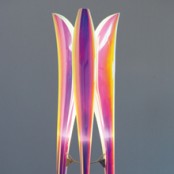 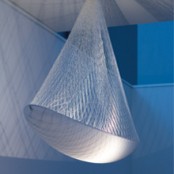 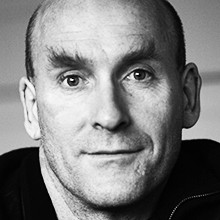