Recognised as one of Australia’s most talented milliners, Richard Nylon of Melbourne creates highly original couture headwear that has been described as ‘wearable art of innovative design and imagination’.

In the 1980s, Richard moved to the city from country Victoria and buried himself in the world of fashion, studying and producing flamboyant outfits that matched his lifestyle and caught the attention of leading designers. Eventually focusing on millinery, Richard has collaborated with fashion designer Gwendolynne Burkin for more than a decade, using his self-taught, hand-manipulated techniques to create cutting-edge headwear for her fashion parades.

Richard’s distinctive designs result from his devotion to investigating and experimenting with any materials and methods, both traditional and unconventional, that allow him to push the boundaries of millinery practice.
Examples of Richard and Gwendolynne’s work are in the Powerhouse Museum’s collection and were on show in the exhibition ‘Frock Stars’. The National Gallery of Victoria has six of Richard’s works in its collection of Australian fashion.

In 2010, Richard’s pieces featured in an exhibition about millinery at the Queensland Art Gallery, ‘Hats: an Anthology by Stephen Jones’, and at the International Millinery Convention in Melbourne.

Another highlight was his selection as one of just 14 finalists in the worldwide 2010 Hat Designer of the Year competition, held at the Premiere Classe trade fair during Fashion Week in Paris.

Firmly established as a leader in his elite field, Richard teaches Millinery Design and Construction at RMIT University and is President of the Millinery Association of Australia. 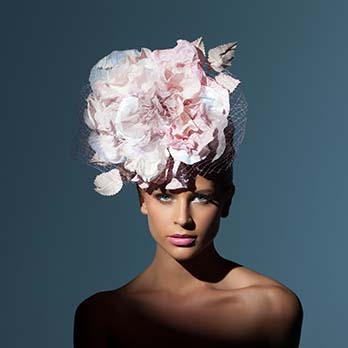 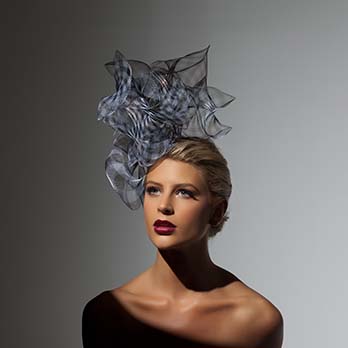 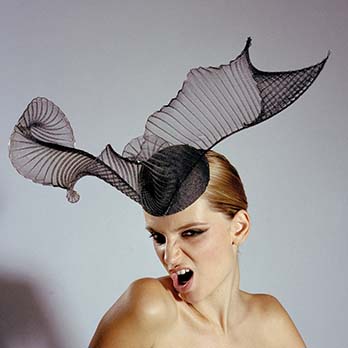 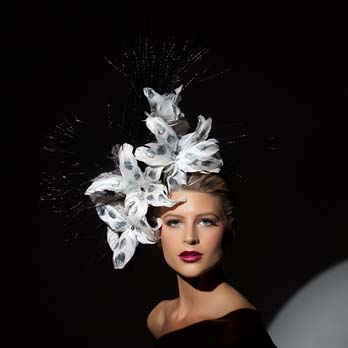 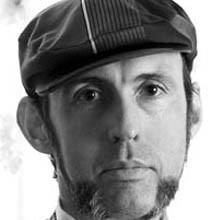