Multimedia artist Ree Treweek from Cape Town is creating quite a buzz with her fascinatingly detailed illustrations and animations that seem to be from a different era or another, perhaps mythical, culture. Startlingly imaginative, she can be given one word and instantly come up with a whole world of ideas. Ree grew up with stories of legendary creatures that led to her becoming Concept Developer & Character Designer for the fantasy art collective, The Blackheart Gang. Here she was able to create a fantastical universe , expressed through books, short films, paintings and sculpture.

The group’s focus largely concerns explorations into a realm best known as The Household, a universe existing just beneath the Earth’s crust that, curiously, is powered by human bathwater. When not in the Household, Ree can be found applying her unique imaginative skills to freelance illustrations, characterised by large areas of intricate patterns and decorative linework. She is also Art Director and Production Designer at Shy the Sun, a concept studio and production house she co-founded that specialises in animation. The studio’s work for United Airlines and American McGee’s Alice game trailer, as well as Ree’s character design for The Beatles Rock Band game, have added extra sparkle her growing international reputation. 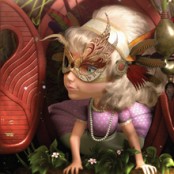 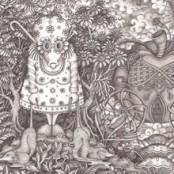 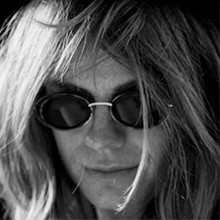