As a Director of the Hobart-based cross-disciplinary practice Liminal Studio and principal of its boutique arm, Liminal Spaces, Peta Heffernan’s approach to design centres on the generation of ideas through collaborative exchange and how these unite and create best outcomes.

Peta believes that to create new design frontiers we need to collaborate across broader disciplines to drive new thinking. While her architectural work focuses on creating environments for living, working, playing, learning and cultural exchange, her areas of research, investigation and participation are diverse in scale and application. They range from the design of interiors and objects, to curatorial and contributory roles in exhibitions, to collaborations in the performing arts.

Peta’s most dynamic work has come through her approach to performances presented through minimal forms and the manipulation of space, where, through interaction, performer and space define one another. This has led to collaborations with the performing arts company IHOS Music Opera & Theatre for ‘Kimisis’, which debuted at MONA FOMA 2010, and ‘The Barbarians’,performed at MONA FOMA 2012, where stage and production design significantly altered audience engagement and interaction.

Her influence in the Tasmanian arts and design scene has extended to reviewing the National Cultural Policy Discussion Paper and as a member of the steering committee of the Tasmanian Creative Industries Council. Peta has made recent contributions to the iconic ‘Ten Days on the Island’ festival and to the University of Tasmania’s Salon/South 2011 report, exploring ideas for enhancing the economic, cultural and social vibrancy of Tasmania. 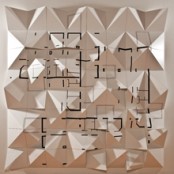 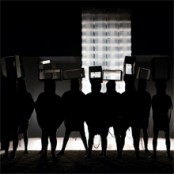 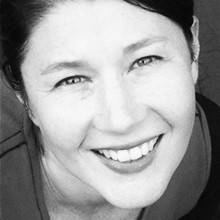