Illustrator and master satirist Paul Davis is extremely prolific, creating about 300 drawings a month, about life, intelligence, culture and more, with a broad client list including Pentagram, Virgin, IBM and more.

Paul collects paper – ‘found surfaces’ – on which he draws beautiful snapshots of life. He thinks of himself of being ‘a bit like a journalist’, with his work depicting his thoughts about sex, religion, death and laughter. He studied at the Exeter College of Art & Design. His profoundly witty work has been described as ‘anarchic, profound and provocative’, and is his way about talking and thinking about the world, modern culture and more. Paul’s recognisable and unique style has caused his art to be exhibited around the world.

Widely awarded, Paul has earned various D&AD awards, Clio, and the Printed Book of the Year awards for 2004 and 2005. He has published three books: Blame Everyone Else, Them and Us and God Knows, guaranteed to have their readers thinking, smiling, and laughing out loud. 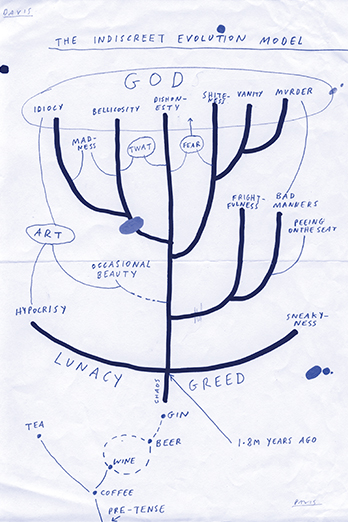 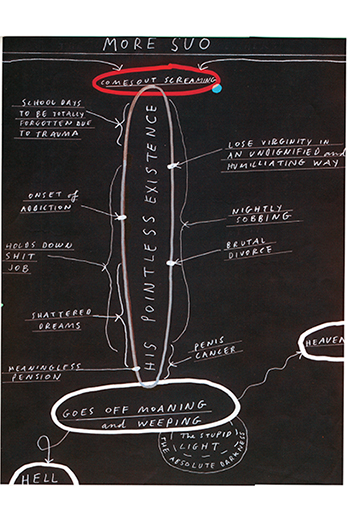 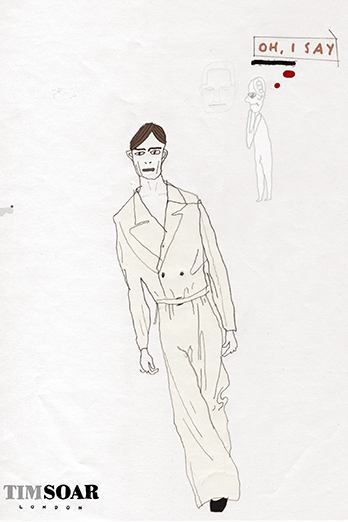 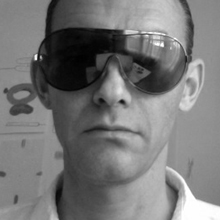