Nicole Hendrix is a four-time Emmy winning Producer and has won five PromaxBDA GOLD awards as a Producer and Creative Director. She has been recognized for her achievements in news, advertising, and film. In her spare time, Nicole devotes her energy to gender issues, and helping women at risk. She serves as a sexual assault advocate and helps women in the industry as a mentor and lecturer. She has most recently guest lectured at the University of Connecticut on Creativity and Gender, and is currently working on a study tracking Gender and Award Acceptance Speeches with Creativity Researcher, Dr. James Kaufman. She is the Marketing Director for Cloud Imperium Games, where she focuses on the video production and community presence of Star Citizen and Squadron 42. Nicole is also working on a graphic novel, Anchor, with her husband, Josh Herman. 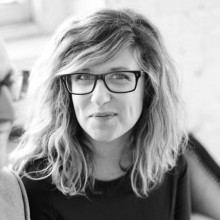