Dr. Nadine Chahine is a renowned Lebanese type designer, presently working as the Arabic specialist at Linotype and Monotype Imaging in Germany. Motivated by her love for her native Beirut and a desire to improve typographic design, she was recently named as one of Fast Company Magazine’s ‘100 Most Creative People in Business’. Nadine studied graphic design at the American University of Beirut and has a Master’s Degree in typeface design from the University of Reading, UK. During her studies at Reading, she focused on the relationship between Arabic and Latin scripts and the possibilities of creating a harmonious relationship between the two.

Through her PhD research, Nadine focused on legibility studies for the Arabic script, with an eye to improving literacy in the Arab world. Her typeface Koufiya was the first to include matching Arabic and Latin parts. She has won numerous awards, including the Dean’s Award for Creative Achievement from the American University of Beirut in 2000, and the Award for Excellence in Type Design from the Type Directors Club of New York in 2008 and 2011. Other typefaces designed by Nadine include the best-selling Frutiger Arabic, Neue Helvetica Arabic, Univers Next Arabic, Palatino and Palatino Sans Arabic, Janna, Badiya and BigVesta Arabic. 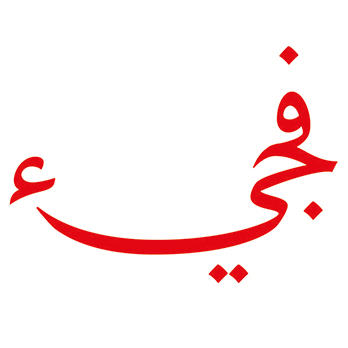