Inventive English artist Moose, aka Paul Curtis, is the creator of ‘reverse graffiti’, where he selectively scrubs dirty walls and footpaths so that words and images are formed by the cleaned bits. Brilliant.

Also known as ‘grime art’, Moose’s work has appeared around the world and been selected by the New York Times for their Annual ‘Year in Ideas’ Magazine. Moose first attracted attention in the 1980s with his maverick T-shirt designs and screen-prints, even appearing on BBC TV. Then, after a spell at Goldsmiths University art school and time on the road with musicians, he began experimenting with his reverse graffiti concept.

Moose’s work has featured in international culture magazines and in short films on the Discovery Channel, CNN and YouTube, including an award-winning documentary about a massive piece of his grime art in downtown San Francisco.

To fund his projects, Moose undertakes commercial commissions for an eclectic mix of clients, from the more daring sports and communication brands to the Greater London Authority and even the Metropolitan Police. He also contributes to campaigns for environmental and humanitarian organisations. 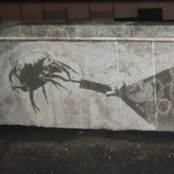 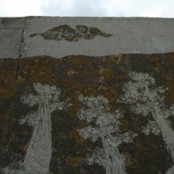 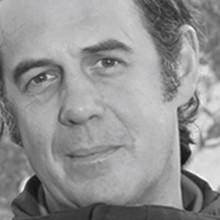