Kongjian Yu, fellow of American Society of Landscape Architects, received his Doctor of Design at the Harvard GSD.

Yu defines landscape and urban design as
the Art of Survival and is well known for his ecological stance, which often against the resistance from local authorities.

Yu’s projects received numerous international awards due to their ecologically sound and culturally sensitive design, including the 2009 ULI Global Award for Excellence, the 2010 and 2012 ASLA award of Excellence, and 8 other ASLA Honor Awards (American Society of Landscape Architects), three time winner of Landscape of the Year award in 2009, 2010
and 2011 World Architectural Festival.

Yu publishes widely, his current publications include The Beautiful Big Foot, Landscape as Ecological Infrastructure and The Art of Survival.

Through his works, Yu tries to reconstruct ecological infrastructure across scales as alternative infrastructure to solve multiple environmental problems and to define a new aesthetics (the big feet aesthetics).

His ecological approach to urbanism has been implemented in over 200 cities in China and abroad, and have had significant impact on national policies aiming at improving the environment in China, for which he was recognised with numerous awards and honours by the central government including the Overseas Chinese Achievement Award,
the One Thousand Talents Award. 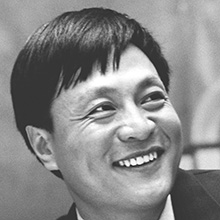