Kirsty Lindsay is the Design Manager for colour and trim production at GM Holden in Melbourne, responsible for the local and export Commodore programs. It was in 1999, while completing her Bachelor of Arts Degree (Hons) in Textile Design at RMIT University, that Kirsty began her career at the company as part of the co-op student program. Early creative contributions to programs and concept vehicles such as the Monaro, Sandman concept, SSX concept and the VE Commodore built Kirsty’s expertise in a variety of commodities such as leather, fabric and decorative and soft trims.

Elevated to the Lead Designer role in 2005, she led the exterior body colour design and development, creating several of the colours that are now synonymous with the Holden brand. In 2006, Kirsty was assigned to GM Brazil, where she led a pioneering global truck program that has been selling in more than sixty markets around the world, including the 2012 Holden Colorado in Australia. Further international experience followed at GM’s global headquarters in Detroit, USA, managing a design team developing brand-specific visions and materials for a number of concept vehicles, including the Cadillac Converj. Returning to Australia in 2009, Kirsty continued in her role as the Design Manager. Before assuming responsibility for the Commodore programs, she led a global creative team on a range of innovative new technology projects. Kirsty has also led the colour and trim development for electric networked vehicle (EN-V) projects and supported show-car design and development for other GM regions. 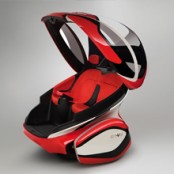 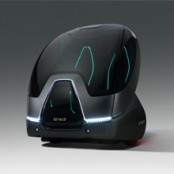 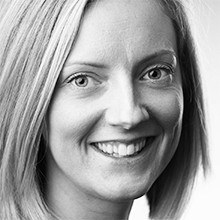