With over a decade of experience in the music industry, Kane Hibberd is well educated in music. Having returned to study to complete a Bachelor of Photography at the prestigious RMIT University in 2008, The Art Of Capture has quickly gained the attention of the international music community. 2010 saw Hibberd recognised as one of the leading rock photographers in the world by British music magazine NME. Hibberd was announced as the second place-getter in the rock bible’s first annual Music Photography Awards.

With his focus set on producing captivating, inventive and emotive images as well as capturing those one-off rock’n’roll moments, Hibberd regularly shoots commissioned work for music publications such as Rolling Stone, Jmag, Blunt, Rocksound, Alternative Press, Terrorizer, The Drum Media, Inpress and Time Off – his work has often graced the covers of many of these publications. His busy schedule has led Hibberd to work with a diverse array of top international and Australian artists such as, Cut Copy, The Living End, Paramore, Hilltop Hoods, Birds Of Tokyo, The Temper Trap, Gotye, The Bronx and Them Crooked Vultures. His services are in demand around the country with clients that include EMI/Virgin Music, Universal Music, Eleven, Mushroom Group, Warner Music, Sony, Street Press Australia, Next Media and Bauer Media.

Hibberd is the official tour photographer for Soundwave Festival, Harvest Festival, Stagemothers Aussie BBQ SXSW, Pyramid Rock Festival and the Melbourne leg of Laneway Festival. 2011 saw Kane successfully show his first solo exhibition, ‘Searching With My Good Eye Open’, in Melbourne (twice with the return of as a part of Melbourne Music Week) and Sydney.  Since 2011 Kane has been commissioned to curate an exhibition as part of the Jagemeister AIR Music awards.

2013 has seen Kane independently publish his first book under his alter ego, Kanye Lens.  A nickname given to him on tour many moons ago.  Kanye Lens Vs Soundwave Volume 1 is a 454 page hard cover coffee table style photography book presenting an in depth look at his work with Australia’s Soundwave Music Festival. Praise for the book has been outstanding “An astonishingly lavish, beautifully presented collection. Hibberd goes beyond the blood, the sweat and the beers to show a side to Soundwave few have seen.  One of Australia’s finest photographers proves why he’s so highly rated ” – Rod Yates (Rolling Stone Australia).   An exhibition of this work is currently travelling throughout Australia. 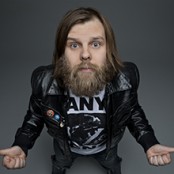 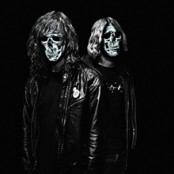 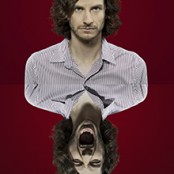 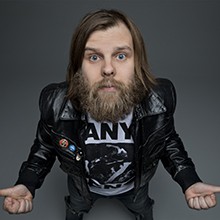