Sydney-based artist and sculptor Justin Robson is widely known for his figurative and portrait sculpture and model-making. Commissioned and purchased across Australia, his works are noted for their innovative style that blends precise realism with fluid expressionism. Justin studied graphic design at technical college and in 1981 secured an apprenticeship as a commercial artist in model-making, specialising in sculpting.

In the thirty years since, he has studied at the National Art School, set up the award-winning props and model-making company Watusi, and been undertaking public and private sculpture projects. Experienced in a wide range of sculptural forms, Justin has a particular passion for life-casting, using a variety of media including bronze, stone, metal, foam and wood. His creations display an assured understanding of the human body and strong sculptural lines. Through Watusi, Justin has worked on many projects including retail displays, theme park features, animatronics, museum-quality models and interactive exhibits.

His work has been featured in many film and TV productions, perhaps the most notable being the SunRice ‘rice sculpture’ ads, which have won numerous awards around the world. It’s generally agreed that Justin’s success is due to his good eye for detail and expertise in translating ideas into highly appealing works. 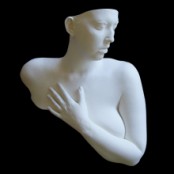 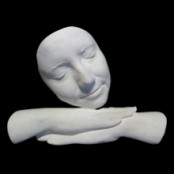 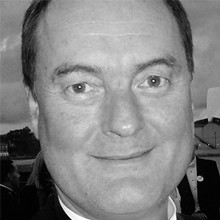