Born without hair, not much has changed about John Crawford in 61 years. Acknowledged as part of New Zealand’s enduring photography establishment, John has begged, borrowed and stolen a diverse range of moments from around the globe for himself and his clients.

John’s natural irreverence alights through the lens, and his subject matter enjoys the perspective: laconic still-life compositions; incongruous vignettes of the ordinary rendered meaningful because they’re captured; whimsical opportunistic narratives arranged from things like headstone typography; a collection of abstract aerial nudes gaining international recognition. It’s a significant body of images that’s getting fatter daily, and the collection is as engaging and memorable as the man himself.

Die-hard craftsmen are often characterised by their reluctance to adopt the new but John has embraced everything digital with a restless, greedy enthusiasm. Not to say the craft is forgotten or any less important. Nope. In our point-and-shoot culture, everyone has become a photographer. But a digital camera or iPhone does not a photographer make, and few of us are capable of seeing and capturing the world the way John does. The images as evidence, however, tell only a small part of the story.

It’s what you can’t see of John that is clearly most visible; the manipulation of the unwilling; convincing people to do what they won’t almost before they realise they have. Whatever it is, whatever he wants, John will have his way (he maintains he’s never yet met a person he couldn’t bring around, so there’s a challenge for someone). 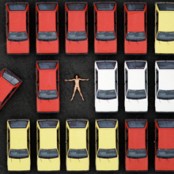 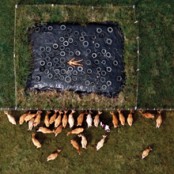 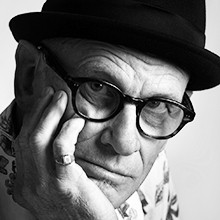