A long-time leader in the use of digital technologies in design and art, Joachim Sauter founded the highly inventive interdisciplinary studio ART+COM in Berlin. He is presently Professor of New Media Art and Design at the Berlin University of the Arts and adjunct professor at UCLA, Los Angeles. After graduating from the University of the Arts, Joachim studied at the German Academy for Film and Television.

From the early 1980s, his work focused on new media. He founded ART+COM in 1988 together with other artists, designers, scientists and technologists, and still leads the group. Their initial goal was to research new media in the realm of art and design and put the findings into practice. Nearly 25 years later, the studio is still designing innovative and original projects, including autoactive, reactive and interactive objects and installations, media-based environments and architectural projects.

Over his career Joachim has received many awards, including the Golden Lion, Cannes; D&AD Black Pencil; British Academy for Film and Television Interactive Award; ADC New York Gold, Grand Clio, Red Dot Grand Prix and the Design Award of the Federal Republic of Germany, and his work has been showcased at numerous galleries and museums around the world. 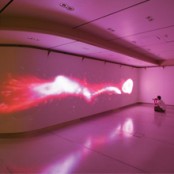 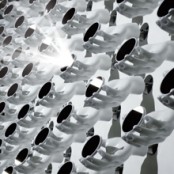 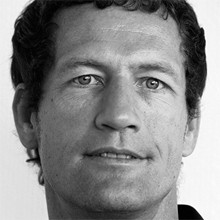