Co-director of the Melbourne-based art and landscape architecture practice Sinatra Murphy, Jim Sinatra has earned wide respect as a designer, author and educator in the USA and Australia. He is presently Emeritus Professor at RMIT University’s School of Architecture and Design. With qualifications from three universities in the USA, Jim has been a professional designer since 1966. He has been instrumental in the landscape architecture course at RMIT University and been awarded an Honorary Fellowship of the Australian Institute of Landscape Architects.

Jim has long been interested in exploring the design dynamic created by the interplay between the natures of nature and the natures of human culture. Since setting up their studio in 1991, Jim and Phin Murphy have applied a philosophical approach to landscape architecture that celebrates the culture of people and the spirit of nature. Their work covers community planning, master planning, landscape design and consultative and workshop design processes. Other pursuits include public art projects, stone sculpture, writing and publishing.

The practice has received numerous awards in recognition of its contribution to design, research and public art projects. Jim has also contributed to his profession as a lecturer, critic, juror and reviewer around the world. 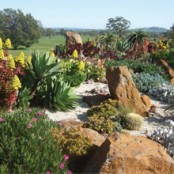 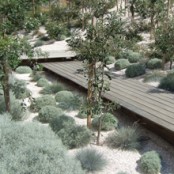 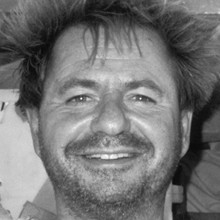