Jay Greene, a business reporter for The Seattle Times and previously BusinessWeek magazine’s Seattle bureau chief, has chronicled the rise and fall of corporations for nearly three decades.

One thing he’s learned along the way is that companies that don’t build lasting bonds with their customers are the ones mostly likely to become irrelevant. His book, Design Is How It Works, shows how some of the world’s smartest companies have used design to create more than just beautiful products. They’ve used great design to breed loyal customers who help propel those companies ahead of their competition.

The book has been translated and published into several languages including Chinese and Thai.

He’s also won several awards, including the Best In Business Award for Explanatory Journalism from the Society of American Business Editors and Writers for a series he wrote in 2012 on the life cycle of an iPhone.

“Jay Greene gets to the heart of the matter. Design is not just about how things look, it is about how they work. Follow his fascinating journey through some of the world’s most significant design-led companies and learn how they have made design central to their endeavours. Design Is How It Works offers ideas and inspiration to anyone seeking to build a business that makes a difference.” 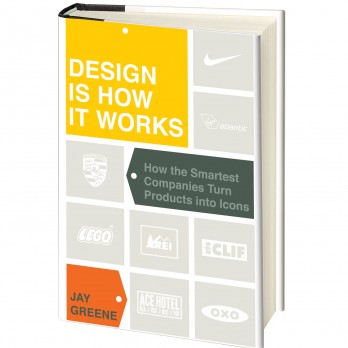 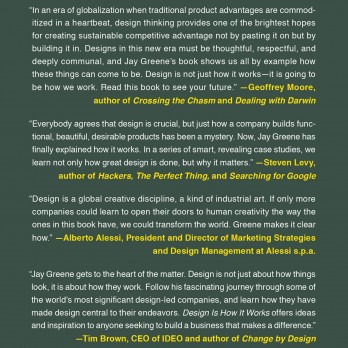 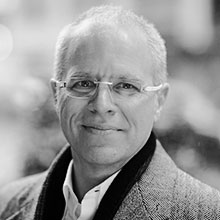