The inspiration behind the iconic UK studio The Designers RepublicTM (TDRTM), Ian Anderson has made his mark in many areas, from global branding to design education.

Having studied philosophy at The University of Sheffield, Ian taught himself to design and declared his republic on Bastille Day 1986. TDRTM is credited with defining the visual language of electronic dance music, has developed branding campaigns and special projects for the likes of Coca Cola, Sony, Nokia, MTV and Nike, and worked with architects such as Sadar + Vuga, built environment developers Urban Splash and RREEF, and fashion designers Issey Miyake and Rick Owens.

In 1994, an entire issue of Emigre Magazine was dedicated to TDRTM and in 1996, they had their first NYC show at Artists Space. By 2001, their book ‘3D>2D’ was the biggest-selling UK architecture book. In 2006, Ian was co-curator of Echo City, the British pavilion at the 10th Venice Biennale for Architecture.

In twenty-five years he has lectured to more than 70,000 people around the world, had over twenty-five ‘solo’ TDRTM exhibitions, launched The Peoples Bureau For Consumer Information and The Pho-ku Corporation. As well as running TDRTM, Ian is Creative Director (comms) for EXD (The Lisbon Biennale) and The Sheffield International Documentary Film Festival, a member of AGI, a writer of columns, an educator (running Design Thinking courses at universities in Manchester and Sheffield), a shown artist and when the moon is full, DJs as Pho-Ku Polluted RockersTM. 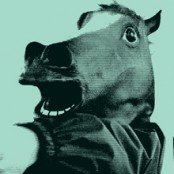 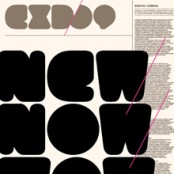 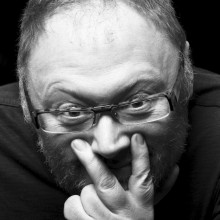