Gene Federico (1918-1999) was an American graphic designer who pioneered the use of visual puns in advertising. He was the co-founder of Lord, Geller, Federico, Einstein Inc.

A graduate from Pratt Institute, Gene Federico began work in advertising in 1939 with a particular interest in typography, apprenticing at an ad agency.

After a tour of duty in the Army and working as a magazine art associate, Gene became one of America’s most sought after advertising art directors and designers, one of the first to bridge the gap between graphic design and advertising, working at Grey Advertising, then at Doyle Dane Bernbach.

His work integrated type and imagery, and his best-known ad for Women’s Day, ‘Going Out’, integrates the Futura ‘o’s with the woman’s bicycle. Gene proceeded to work at Benton and Bowles, creating advertising for IBM, though of his seven and a half years in the firm, Gene says ‘practically nothing happened’.

Some of the agency’s most iconic work is still timeless, such as its work for the New Yorker using selected editorial contents and a small advertising line, “Yes, The New Yorker.”

He was selected for the 1987 AIGA medal, which honoured his work stretching the boundaries of advertising design. 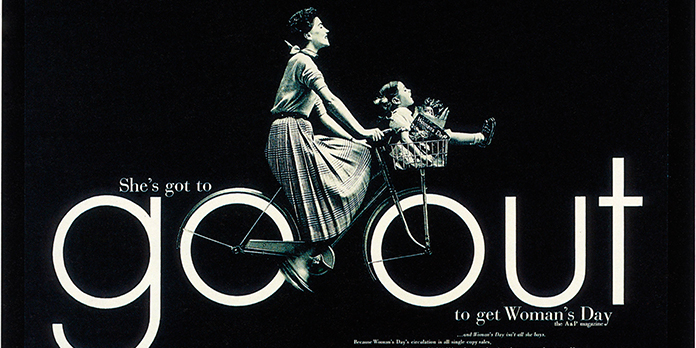 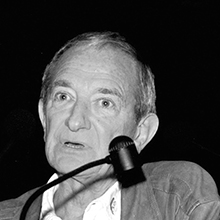