Renowned designer April Greiman is known as one of the first designers to use computer technology as a design tool. Along with Jayme Odgers, April is credited with establishing the ‘New Wave’ design style in the US in the late 70s and early 80s. She is currently the Director of Made in Space, a design consultancy based in Los Angeles.

April first began studying Graphic Design in the Kansas City Art Institute in 1966, and went on to study at the Allgemeine Künstgewerberschule Basel, now known as the Basel School of Design in Switzerland. She was influenced by the International Style and by Wolfgang Weingart, who introduced her to a style later known as ‘New Wave’, which is less reliant on a Modernist heritage.

Her multi-disciplinary approach caused her to reject the belief that the digital age would compromise design; instead she exploited digitization errors such as pixelation through her career as integral aspects of digital art.

She was an avid early adopter of the Apple Macintosh computer, and produced an issue of Design Quarterly in 1986, notably re-imagining the magazine as a fold-out poster.

She designed a stamp for the U.S. Postal Service in 1995 to commemorate the Nineteenth Amendment to the US Constitution (Women’s Voting Rights) and had a solo show in 2006 at the Pasadena Museum of California Art titled ‘Drive-by Shooting’.

She has received the American Institute of Graphic Arts Gold Medal for lifetime achievement. 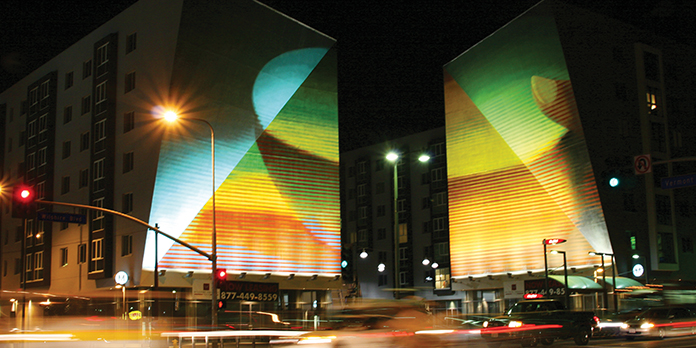 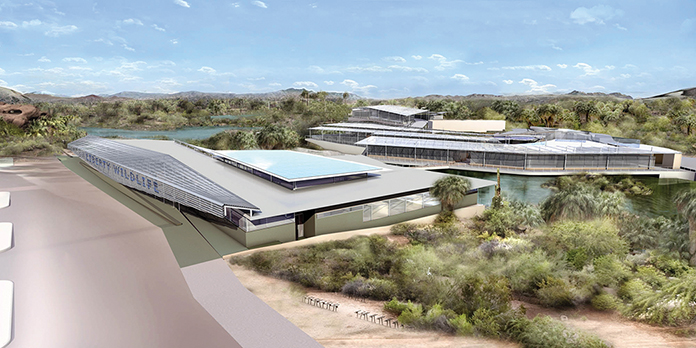 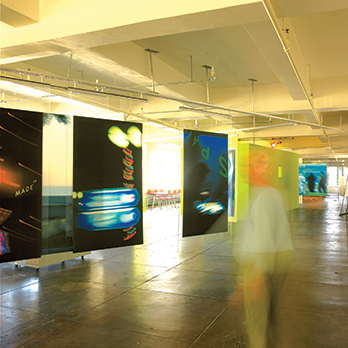 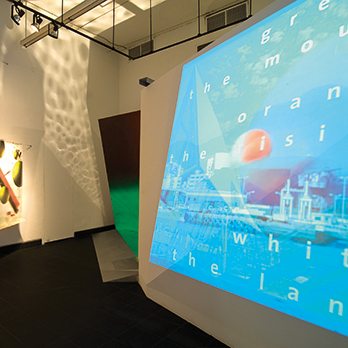 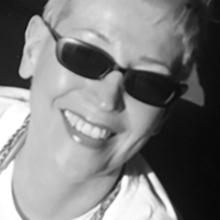