Known as ‘Mr Branding’ in Spain and Latin America, Andy Stalman has developed design projects in more than twenty-five countries and was recently named as one of his nation’s leading lights in marketing, publicity and communications. After serving as Marketing Director for Lacoste and Aeropuertos Argentina; in 2002, Andy was appointed Managing Director of Cato Partners Spain, based in Madrid, and in 2006 assumed responsibility for Cato Partners Europe, leading projects in more than twenty countries.

With a reputation as a charismatic educator, he holds professorial posts at the Instituto de Empresa (Executive MBA), the University of Barcelona (Executive Master in Fashion Retail Management) and the University of Alicante (Teacher Diploma of Management and Social Networking). Also a visiting professor at several Spanish universities, he lectures throughout Spain, Latin America and Europe. He is responsible for the Third International Module ‘Andy Stalman Chair’ at Universidad Piloto de Colombia and is on the international board of the university.

Andy has written more than 100 articles on branding, communication, design and marketing, and is co-author of two books: ‘Barcelona: Football Capital of the World’ and ‘Vicente del Bosque: The Complete Spanish Leader’ and currently finishing ‘Brandoffon’, a book for brands in the digital era, his first solo book. 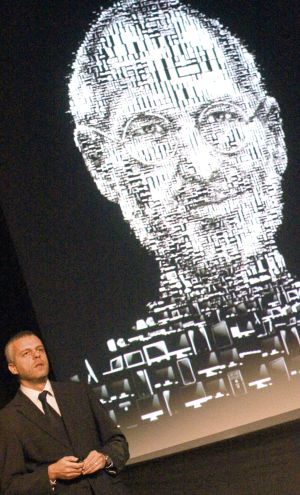