NewStar Design Awards 2018 was launched at the first Chinese, Ideas on Design International Design Forum and Business Forum, in Foshan in 2017.

As a graphic designer, his work has earned him an international reputation and encompasses all facets of corporate and brand management and design. He has won numerous international and Australian design awards, and his work is represented in museums and galleries throughout the World. He is a long-standing member of Alliance Graphic Internationale and is a past AGI President (1997 – 2000).

Ken Cato founded the Ideas on Design Programs with the first agIdeas International Design COnference in 1991. In 1995, Ken was awarded the first Australian Honorary Doctorate of Design from Swinburne University and was inducted into the ‘Hall of Fame’ of the inaugural Victorian Design Awards. Ken is a foundation member of the Australian Writers and Art Directors Association, a member of the American Institute of Graphic Arts, ICOGRADA, Design Institute of Australia (Hall of Fame inductee in 2005), Australian Marketing Institute, Industrial Design Council of Australia, and is Patron of the Australian Academy of Design.

In 2006, Ken was awarded the Victorian Premier’s Award for Design Leadership and in 2009 was honoured with a Lifetime Achievement Award from the Executive Board of ICOGRADA. In 2011, he was awarded an Honorary Fellowship from Monash University and in 2012 was also inducted into the AGDA Hall of Fame. In 2013, Ken received an Officer of the Order of Australia award in the Queen’s Birthday Honours.

Ken is also an acclaimed author and has written numerous books. 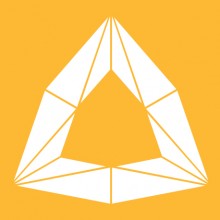